This is a good place to make a quick plug for a second book. I’m presently in the middle of Denys Turner’s The Darkness of God: Negativity in Christian Mysticism (Cambridge, 1998). Turner describes his book as “an essay in the philosophical history of some theological metaphors.” Those key metaphors include “interiority,” “ascent,” “light and darkness” and “oneness” among others. He reviews the origin and development of these metaphors as expressions of human transformation and relationship to God, beginning with Pseudo-Denys, then Augustine, Bonaventure, Eckhart, the author of the Cloud of Unknowing, Denys the Carthusian, and finally John of the Cross. And you get a decent survey of other significant persons along the way. Thus far it’s been a great tour of the cataphatic-apophatic approach to theology and the difference between what has come to be known today as “mysticism” (on the one hand) and “mystical theology” (on the other hand) as it was pursued and expressed before the modern era. I was surprised. Turner writes: 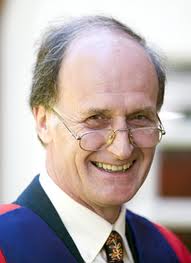 “I began to see that not only would it be dangerous to assume that the similarities of language entailed a similarity of purpose, but that it would be actually wrong to suppose this. For the purposes being served by this cluster of metaphors in the mediaeval traditions began to seem very different from those it is serving today and, in one important respect, it looked as if it is serving the opposed purpose.”

Part of the book’s purpose is to expose this difference between what is typically called “mysticism” today and what is properly called “mystical theology” and then to recover the latter. Again:

“Put very bluntly, the difference seemed to be this: that whereas our employment of the metaphors of ‘inwardness’ and ‘ascent’ appears to be tied in with the achievement and the cultivation of a certain kind of experience—such as those recommended within the practice of what is called, nowadays, ‘centering’ or ‘contemplative’ prayer—the mediaeval employment of them was tied in with a ‘critique’ of such religious experiences and practices.”

“I have drawn the conclusion from my study that in so far as the word ‘mysticism’ has a contemporary meaning; and that in so far as that contemporary meaning links ‘mysticism’ to the cultivation of certain kinds of experience—of ‘inwardness’, ‘ascent’, and ‘union’—then the mediaeval ‘mystic’ offers an anit-mysticism. For though the mediaeval Christian neoplatonist used that same language of ‘interiority’, ‘ascent’ and ‘oneness’, he or she did so precisely in order to deny that there were terms descriptive of ‘experiences’…. what is decisive about the employment of these metaphors within the mediaeval traditions of ‘mystical theology’ is the Neoplatonic dialectical epistemology—its apophaticism—within which those metaphors are set and by which their employment is governed. What differentiates the mediaeval employment of those metaphors from ours is the fact that we have retained the mataphors, evacuated them of their dialectics and refilled them with the stuff of experience.”

“At its boldest, my hypothesis is that modern interpretation has invented ‘mysticism’ and that we persist in reading back the terms of that conception upon a stock of mediaeval authorities who knew no such thing—or, when they knew of it, decisively rejected it.”

Spoiler alert. Turner hopes to apply this retrieval of a cataphatic-apophatic theology to contemporary (Western?) ‘experientialism’:

“‘Experientialism’ in its most extreme forms is the displacement of a sense of the negativity of all religious experience….It abhors the experiential vacuum of the apophatic, rushing to fill it with the plenum of the psychologisitic. It resists the deconstructions of the negative. It is happy with commendations of the ‘interior’ so long as it can cash them out in the currency of experienced inwardness and of the practices of prayer which will achieve it.”

I’m not finished the book yet, but I’m anxious to know whether Denys sees Christian faith as an experience at all. I’m sure he does. And while I’m all for checking an unrestrained experientialism that reduces God and the truth about God to one’s experience, we don’t want to lock ourselves existentially out of our own faith either. In the end (as Orthodoxy itself says), theology IS the experience of God (albeit not the shallow experientialist fix that pays the bills for so many churches). So I’m curious to know in what senses Turner will AFFIRM the existential after chastising experientialism.