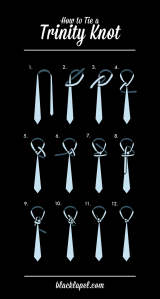 I won’t address here the Trinitarian texts. I’ll agree that they nowhere explicitly describe a full-blown version of the doctrine. It’s also the case that these same texts nowhere describe a full-blown Unitarianism either, though the Unitarian argument proceeds, arguably, on the basis that since there’s no full-blown doctrine of the Trinity explicit in the texts, Unitarianism must be true. After all, Christianity was born out of Judaism and early believers were all Jewish monotheists, right? What other options are there? But it isn’t that simple.

The earliest believers were Jewish and monotheist, yes, but their experience and worship of the risen Christ demanded a rethink of God, and that’s where we find them in the NT texts, in the middle of that rethink. Some aspects of this rethink are clear to them. Others are not as developed. But there’s enough implicit in the texts, and enough explicit in their experience and worship of the risen Christ, to see that later generations were right to draw the conclusions they did regarding the belief that God is internally self-related or Triune. Not rethinking God and just maintaining the established monotheism wasn’t going to work because it simply couldn’t accommodate their experience of salvation through and worship of Christ. Trinitarianism is where that ‘rethink’ was headed, and it short-sheets our theology to insist that simply because there’s no explicit Trinitarian doctrine in the text, the doctrine is either false or, if not false, not essential to anything.

But if one is a believer in the Protestant doctrine of sola scriptura, interpreted as meaning every confessing Christian has the responsibility to determine and interpret Scripture independent of the tradition-embodied-community (never mind where Scripture actually explicitly expounds such a doctrine), then in the end nothing about traditional beliefs and nothing said by other Christians in any format is ultimately prescriptive for Christian identity and there are no categorically defining beliefs which are irreducibly communal in nature. If “I” read the Bible this or that way, I get to call it “Christianity.” I define the Faith for me. You get to define it for yourself, and so forth. I’m told by believers in sola scriptura that this does not permit a ‘free for all’. But all we have is their word for it, though I can think of no authority upon which a ‘free for all’ would be defeated.

16 comments on “Tying a Trinity Knot—Part 2”