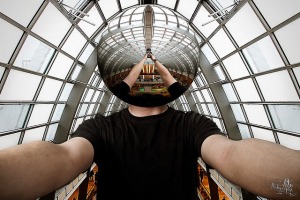 I’m coming up on finishing Kaled Anatolios’ Retrieving Nicaea. It’s a wonderful book with a helpful thesis around which he organizes the 4th and 5th century Christological debates. The chapters on Athanasius, Gregory of Nyssa and Augustine are great. I thought I’d share a portion of his chapter of Augustine. Enjoy!

This is where Augustine’s project of “looking inward” achieves its full existential and social resonances. As it turns out, the question for the trinitarian image in humanity coincides entirely with Augustine’s moral schema of the ordering of love. Charges that Augustine’s project is solipsistic can only be sustained if we omit the connections that he himself is at pains to draw between authentic self-knowledge and self-love, and being in right relation with the whole order of reality. The mind’s proper self-knowledge is bound up with its correctly placing itself within the hierarchy of being…If the mind’s self-awareness is to correctly imagine its own existence, so as to safeguard the perfect mutuality whereby it knows itself exactly to the extent that it is, then this self-knowledge must take the exact measure of the mind’s creaturely mode of existence.

It is the same with an authentic and true self-love. In both cases, the perfect mutuality and equality between the mind’s existence, its self-knowledge, and its self-love is not simply manifest in the human condition. This equality and mutuality, which [are] integral to the divine image in humanity, is a moral task susceptible to moral failure: “The mind therefore and its love and knowledge are three somethings, and these three are one thing and when they are complete they are equal (cum perfecta sunt aequalia sun). If the mind loves itself less than [as] it is—for example, if the mind of a person loves itself only as much as a person’s body should be loved, though it is itself something more than body—then its sins and its love is not complete. Again if it loves itself more than [as] it is, for example if it loves itself as much as God is to be loved, though it is itself incomparably less than God, here too it sins by excess and does not have a complete love of itself.” The motif of the ordering of loves explains the discrepancy between the mind’s ineluctable self-presencing and its habitual self-forgetting. The self-forgetting through which the mind appears to fail to know itself is not due to the real absence of self-knowledge that constitutes the self-presence that is identical with the very being of mind. Rather, this self-forgetting happens when the mind’s act of self-presencing is overlaid by an excessive and inordinate attachment to what is external to it. By improperly identifying itself with what it is not, the mind loses sight of its own act of self-presencing. This fate is unavoidable unless the mind attends to God according to its proper creaturely mode of being and thereby knows itself and loves itself in subordinate relation to its knowing of God and loving of God. The human person most properly knows herself and loves herself through knowing and loving God. When this happens, the human person also knows and loves other creatures in proper subordinate relation to knowing God. But the mind that does not attach itself to God will become attached to other lesser realities, precisely because the mind is so innately transitive. In that case, the mind will not authentically know God or itself or other creatures, nor will its self-knowledge and self-love be equal and identical to its real existence, or even transparent to itself. The trinitarian image imprinted in human consciousness will thereby become obfuscated, and the mind’s capacity for certainty will be radically compromised. That is the situation of the human person in exile from the enjoyment of knowing and loving God.

Augustine wasn’t the first to imagine the divine relations in such (psychological) terms or to see human self-relationality (human self-presencing by which we perceive our own image of ourselves in conversation with ourselves) as an analogy of the triune relations. Anatolios provides passages in Gregory of Nyssa which are similar and a few in Athanasius which at the very least anticipate such conceptions.

One comment on “Human Self-Presencing an Image of the Trinity”