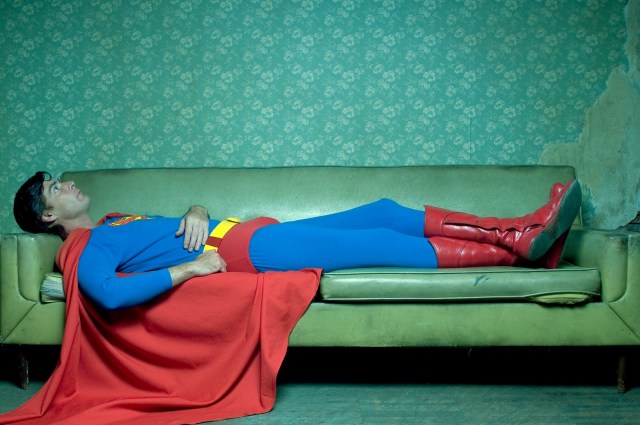 It didn’t take long, but here we are. Open theism — under that particular name — is 20 years old this year, dating from the 1994 publication of The Openness of God (Pinnock et. al.). We just got our driver’s license and next year we’ll be able to drink. We’re still young. But already open theism is suffering the confusion and crises typical of middle-aged men in their 40’s, debating who they really are, what they really believe, and what the meaning and purpose of their existence is. In fact, this week I’ve been discussing these very questions with a group of open theist friends. What and who are we? Movement, interpretive tool, full-fledged worldview, ontology, gestalt, what?

I don’t speak as an outside observer either. I’m an open theist, or at least what I thought an open theist was. I loved the promise of open theism in 1994. And I still think the future is open and God knows it as such. In The Openness of God (1994) and The God Who Risks (1998) I saw a focused promise of renewal within the Church that captured my heart and mind. I took me time. I studied and engaged the pro’s and con’s prayerfully. When I was finally in, I was in for keeps. But what was I in? Today, I’m not sure.

It didn’t take him long, but Superman has found his way to the psychiatrist’s couch. Today we’re in counseling trying to figure things out. On the popular level we debate, well, pretty much everything, most embarrassingly we fight over what open theism is and what beliefs it holds to. Twenty years old and there’s no real agreement. I’m not making this up. Today there are open theisms in the plural. Just Google us or drop in any of our Facebook sites, some of which were formed in protest to other open theism Facebook sites because they weren’t conservative enough, or liberal enough, or whatever. You’ll see what I mean.

As I speak, the promise of a major unified voice of renewal within the Church is today a fragmented roomful of siblings fighting over who inherits the family name. In one corner you have fundamentalist open theists (imagine that!) who will burn you at the stake for disagreeing with the Chicago Statement on Biblical Inerrancy, some who will anathematize you for being an Old Earther, and others who think Greg Boyd is the Devil. In the opposite corner you have open theists who deeply value diversity for whom “theism” in “open theism” is just a generic theism, like the “theism” in “monotheism” but qualified by “open.” For these, open theists are Christians, Muslims, Jews, and some Hindus who also happen to believe the future is open. In this corner open theism is just an interfaith dialogue about human freedom and indeterminacy. Still for others (like Dwayne and me) open theism was a movement within orthodox (small ‘o’) Christianity. The 1994 authors of The Openness of God were Christian trinitarians, and their trinitarianism wasn’t incidental to their open theism. For these original five (Pinnock and Co.) at least, ‘open theism’ was ‘open trinitariansm’.

In those days clarity came from the pioneers of this conversation. Clark Pinnock was a kind of patriarch and pastor (by default or intention, it doesn’t really matter). In 1994 when he and others published The Openness of God their project was an expression of Christian trinitarian faith, or so some of us think. Open theism was clearly differentiated from, say, process theology. It was also differentiated from what was termed “classical” theism (whether of the determinist or Arminian type). But it was not differentiated from the assumption of trinitarianism, or even creation ex nihilo for that matter. Both were distinguishing features of the view — back in the day.

If any of the original five still around who might stumble into reading this want to correct me, I’d love to hear your take on it. But here’s what I think has happened. The original five in 1994 were academians, not pastors. Pinnock seems to have had more foresight than the rest, but none of them really anticipated what their book would ignite or that the conversations and debates it would precipitate would coalesce into a movement that would still be going 20 years later. Without blaming any of them either for not having the insight to anticipate what would come or for not having the time or willingness to pastor/parent it, the fact is that today we are a pretty fragmented bunch.

From here on out, we’ll keep on as “Open Orthodoxy.” The “open” is a point of reference for the open theism of our backgrounds. But you won’t hear us defending anything called “open theism” for the simple reason that we don’t know what that means. There doesn’t seem to be agreement on what ‘open theism’ essentially is (even if there was for a brief honeymoon in 1994). We still believe the future is open and contingent in some respects and that God really can contemplate these contingencies as such. We’ll defend that. But we’re not calling this belief ‘open theism’ or anything else, not until Superman finishes his counseling and figures himself out.

4 comments on “Superman sees the shrink”