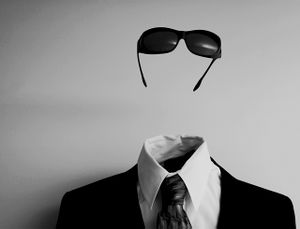 Here we discuss Greg’s support for annihilationism based on his view that human beings can reach a ‘point of no return’ in which they irrevocably solidify in their constitution against God and so render any Godward movement impossible. They become, metaphysically speaking, hopeless. Greg makes it clear that persons who reach such a point of solidification are not ‘positively’ annihilated by God since that would be for God to commit the ultimate ‘violence’ against someone by exterminating them. Rather, the annihilation of such individuals is “organic,” that is, a natural ‘built in’ result of having so solidified. So one “naturally” passes into non-existence as one’s increasing solidification against God disconnects one from God as the ground of one’s being and existence. Non-existence thus understood is simply coterminous with reaching a state of irrevocable solidification. That’s the annihilationism Greg presently inclines toward.

We argued that given the truth of Greg’s dispositional ontology presented in Trinity & Process, such annihilationism is impossible because the solidification it requires is impossible. But another thought occurred to me this morning regarding Greg’s present view. Consider the two points made: (1) annihilation only occurs when a person’s will/disposition has been irrevocably solidified against God, and (2) annihilation is an “organic” result that follows naturally from irrevocable solidification (not a positive degree of God). What’s the problem? The problem (recalling past conversations with Greg) is that Greg believes (at least he used to) there are people in our world who are presently irrevocably solidified against God whom God does not love (since, being irrevocably solidified against God, they’re not lovable; there’s nothing to or in such persons to love) and in whom there is no possibility of Godward movement whatsoever. So the question is, if annihilation is the “organic” result of such solidification, how do such persons still exist at all? What’s keeping them from passing into non-existence?

5 comments on “Can we have an expiration date?”