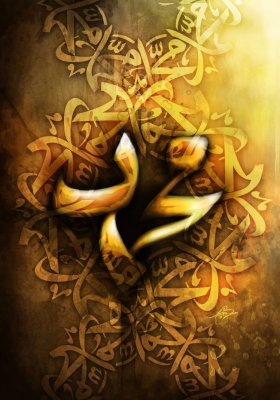 Greg has an interesting piece answering the question: Is Islam inherently violent? Definitely something to ponder. I’ve never ventured into social or political issues here on our blog. Maybe we should do more of it. I’m disinclined. But I’d like to chime in on this question because the Muslim world was my world for half my life.

I’d answer Greg’s question in terms of Islam’s normative founder(s) and its formative history, precisely those aspects Greg doesn’t talk about. It’s possible to argue that what Islam and Christianity inherently are has nothing to do with what Christians and Muslims today do or what they did during the Crusades or Inquisition centuries after the formative history and texts in question. The foundational question to ask, it seems to me, is not:

Can we find both violent and non-violent people who call themselves Christians or Muslims and shouldn’t we just then identify what these respective faiths “inherently” are with those non-violent adherents and dismiss the violent ones as perversions?

That’s certainly an easier way to go about it. But it would not be to carefully engage the issues that matter in determining what a major world-faith inherently is. Surely what ought to be in view here are the:

These reveal the inner vision, values, resources and disposition to violence inherent in these religious worldviews.

I don’t think it’s possible to argue that Christianity and Islam are simply equivalent examples of equally, inherently non-violent worldviews each of which just happen to have been misinterpreted at different times as justifying violence. I think we have to examine the behavior of those persons who in each faith’s case are believed to function in a normative and definitive way for that faith. There are other concerns too (what the religious texts command). But for now I’d like to engage only the question of what the relationship is between the founder(s) of these faiths and what those faiths can be said ‘inherently’ to be.

Where do we go to define what a faith inherently is? Greg will argue that in the case of Christianity we go to Jesus who is the normative, defining instance of the Christian faith. I suppose then we investigate to see if his example is really livable, i.e., does it describe what Christianity was for his immediate followers and earliest believers? Can Christ’s example really be normative for a world-wide community? Or, was Jesus violent? Well, no. Where his disciples and immediate followers violent? Did the earliest believers resort to violence against Jews or Romans. We can safely answer, no. Can Christianity’s early growth be attributed to violence? No. In fact, for generations, even when sorely persecuted, followers of Christ were (with exceptions that only prove the rule) not violent. What do I mean by not violent? I mean:

Ask the same questions of Islam (i.e., Muhammad, his companions and successors and the earliest generations of followers) and you’ll get, I think, a ‘Yes’ across the board (with non-violent exceptions proving the rule). Muhammad resorted to violence. He wasn’t, arguably, non-violent in an exemplary way, i.e., only violent in extremely rare and unique situations that establish a more normative and widespread non-violent rule. On the contrary, violence accompanies Islam’s formative persons and history. Indeed, it’s difficult to imagine Islam’s survival apart from violence. Even Gandhi, in his great admiration for Muhammad, can only claim that the sword wasn’t the fundamental draw or appeal that explains Islam’s expansion. But the sword is there. This is not to suggest Muhammad wasn’t an admirable social and religious reformer in many very important ways. It’s simply to base our answer to Greg’s question on the relevant evidence about how violence relates (or doesn’t relate) to Muhammad’s worldview and the faith he shaped. And here there’s simply no comparison between Christianity and Islam on the question of violence viewed from observing the normative persons and formative histories involved. My point is that these persons and this history ought to be taken into account when attempting to describe what a world-faith inherently is, and Greg completely ignores this.

To the extent that Jesus functions as the paradigmatic Christian, the definitive-normative example of the faith which Christianity is, then Christianity is inherently non-violent. In fact, it’s precisely this normative-definitive role of Christ’s example that Greg elsewhere argues ought to be the measure against which we admit as valid or dismiss as perverse the individual or institutional behaviors of people who claim to be Christian.

However, the normative examples in the case of Islam with respect to violence (i.e., Muhammad and his successors) simply don’t support a view of Islam as not inherently—what’s the word?—accessible to violence, expressible by violence, or compatible with violence. I don’t want to say “inherently violent” without qualification because that may suggest all Muslims must be violent to be faithful Muslims (although this is, arguably, the Orthodox Muslim view where the defense and survival of the Ummah are concerned). What I’m suggesting is that violence is inseparable from the paradigmatic, normative examples of Islam as embodied authoritatively in Muhammad’s life as قدوة (“qidwa” = “paradigm/example”) and exemplified in his successors and the earliest generations of Muslims.

I’m happy to concede that “inherently violent” is an unhelpful way to describe what it is about violence in the case of Muhammad and the worldview that holds him to be the definitive, normative Muslim that differentiates him from Jesus and the worldview that holds him to be the definitive, normative Christian. But from where I sit (after living in the Middle East for roughly half my life), I wouldn’t at all view violence in Islam (as defined by Muhammad) as comparably equivalent to violence in Christianity (as defined by Christ), which is precisely the kind of comparison Greg makes, i.e., Islam and Christianity as compared throughout their histories in the behavior of Christians and Muslims are equally violent and equally non-violent, which leads Greg to answer the question ‘Is Islam inherently violent?’ with ‘No’. But it’s not at all that simple. My point is that the founding persons (Jesus and Muhammad), their successors (the Apostles of Christ and the Caliphs and Companions of the Prophet), and the earliest generations of followers ought to be what we examine in attempting to say what Christianity and Islam inherently are. Perhaps the question we ought to be asking is:

And the same question can be put to Christians:

8 comments on “Faith and Violence”