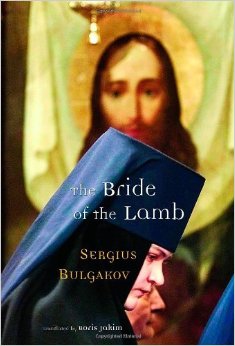 I ran across a piece on Bulgakov (SJT 58[3] 2005) this week by Orthodox theologian/philosopher Paul Gavrilyuk (here at St. Thomas U in the Twin Cities). I read the paper some time ago and still don’t know how I missed this particular aspect of Bulgakov’s views. Gavrilyuk explores Bulgakov’s very complex kenoticism, not your crude Protestant versions, but what looks to be a kenotic view of the Incarnation nonetheless. However, it’s something Gavrilyuk says unrelated to Bulgakov’s kenoticism that I find interesting (pp 258f). Bulgakov (d. 1944), by the way, was a Russian Orthodox priest/theologian/philosopher. Gavrilyuk writes:

In addition, Bulgakov maintains that God also limits his knowledge of the future in order to enable genuinely free human choices. In his eternal being God is and remains omniscient, knowing himself and all things in eternity in one supratemporal act. This eternal and perfect knowledge must not be confused with foreknowledge. Bulgakov criticises the claim that God knows all things ‘before’ they come to pass for providing a misleading idea of the relationship between eternity and temporality. Eternity, Bulgakov rightly points out, cannot be ‘before’ time in a temporal sense, as the prefix ‘pre’ seems to suggest, but rather eternity is the very foundation of temporality.

God knows all things in eternity and all future possibilities. For example, God foreknew the possibility of the fall, but God did not know that the fall was bound to happen, for this would entail that God caused the fall. God chooses not to know what exactly will come to pass in any temporal sequence ahead of time, because this would entail, Bulgakov believes, a strong doctrine of the divine causation of all things, which in turn would undo human freedom. To put it briefly, God chooses not to know future contingents in order not to determine the future and take away human freedom.

Wanting to find out for myself, I opened up Bulgakov. There are several passages in his chapter “God and Creaturely Freedom” from The Bride of the Lamb. You’ll see the relevant comments in the following passage (pp. 237f):

All this brings us to the central question of God’s omniscience in relation to creaturely freedom and its works. Does God know the works of our freedom “before” they are accomplished on the basis of His omniscience? The question is answered in the affirmative by predestinationism in its various forms…But to say that God knows in advance the works of freedom is a de facto annulment of freedom, its transformation into a subjective illusion. The acceptance of this supposition therefore places all the difficulties of predestination before us…

If God created man in freedom, in His own image, as a son of God and a friend of God, a god according to grace, then the reality of this creation includes his freedom as creative self-determination not only in relation to the world but also in relation to God. To admit the contrary would be to introduce a contradiction in God, who would then be considered as having posited only a fictitious, illusory freedom. And then one would inevitably have to accept Calvin’s conclusion that man fell not freely but because God desired it, for only God’s will and freedom exist. In other words, God could not or did not wish to create creaturely freedom or, more precisely, its subjects or bearers who presuppose it. Therefore, to unite creaturely freedom with divine omniscience, one must say not that God foresaw and therefore predestined the fall of man (a statement that is something encountered in handbooks of dogma) but that God, knowing His creation with all the possibilities contained therein, knows also the possibility of the fall, which, however, did not have to occur and can occur only by human freedom. Otherwise, the contrary assertion of Calvinism would be right…

Let us repeat, all the possibilities of creaturely being, having their roots in the Creator’s knowledge, are open to this knowledge, since they belong to the world created by Him and are included in this world’s composition, not only in the form of “integral wisdom” but also in the form of a distributed multiplicity. In this sense, creation – in both the spiritual and the human world – cannot bring anything ontologically new into this world; it cannot surprise or enrich the Creator Himself. But the very choice and creative actualization of these possibilities, that is, the domain of modal freedom, remain entrusted to creation and to this extent are its creative contribution. Although creation cannot be absolutely unexpected and new for God in the ontological sense, nevertheless in empirical (“contingent”) being, it represents a new manifestation for God Himself, who is waiting to see whether man will open or not open the doors of his heart. God Himself will know this only when it happens.

The synergism here is a mutual self-determination that has an element of novelty, actualized in different modes for the two sides in the interaction. The ways of the world are therefore not predetermined as a single causal connection in which there is no place for contingent causes…On the contrary, the determination of creaturely freedom must be understood according to a series of infinite variations, actually as non determinatum ad unum, but with these variations remaining subordinate to one plan, to one ontological possibility, multiply actualized. To creaturely freedom it is given to participate in the destinies of all of creation and, first of all, in the proper ways of man. If, in God’s eternity, the world’s being is uniquely and totally determined, on the contrary, we have the incompleteness, the under-determinedness, the still-continuing self-determination of the world. Veiling His face, God remains ignorant of the actions of human freedom. Otherwise, these actions would not have their own reality, but would only be a function of a certain divine mechanism of things. (Bold emphasis mine.)

There is more. For example, Bulgakov addresses the question of prophetic prevision and the conditional nature of prophetic fulfillment, appealing to Jer. 18.7-10; 26. 3, 13 in precisely the way open theists have; that is, the conditionality described in Jer. 18 entails divine epistemic openness with respect to future contingencies. In objecting to his Sophiology, Lossky and others (so I’m told) commented on Bulgakov’s position regarding divine foreknowledge as well, which leads me to believe I’m not misunderstanding him here. He makes the same core claim as the open view makes: divine epistemic openness with regard to future contingents. He seems to believe this by supposing God ‘chooses not to know future contingents’, which itself is a contradiction of the indeterminate, unformed nature of the future which Bulgakov insists upon earlier in the passage. But that aside, I thought it interesting to see the open view advocated by an Orthodox theologian.