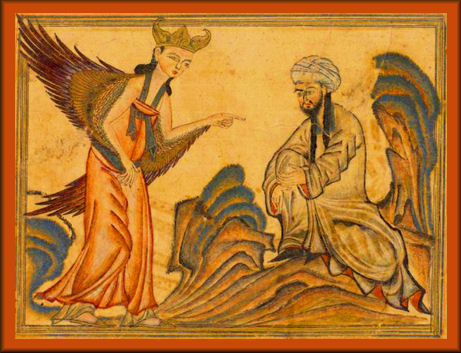 Having contributed a response and follow-up to Greg’s ReKnew piece re: the question of whether Islam is inherently violent, I’d like to note Greg’s most recent video blog on the question in which his basic point is that the debate over the question is pointless for two reasons:

(1) The question is pointless because debating sides either waffle or prevaricate over the definition of “inhere” and so talk past each other. But more importantly, strictly speaking what a thing “inherently” is it cannot fail to be/do. If Islam were “inherently” violent, it wouldn’t be possible to be a pacifist Muslim or even to be a non-pacifist Muslim who might agree that violence can at times be appropriate but who would never himself engage his faith in terms of doing violence. And since both non-violent expressions of Islam exist, it can’t be the case that Islam is “inherently” violent.

(2) The question is also pointless for followers of Jesus because we are called to unconditionally love others whomever and whatever they are.

I want to encourage Greg not to back out of this conversation just yet but to consider reframing the question in a way that would make continuing the conversation worthwhile. I know how important the question of faith and violence is for Greg, which is why I’m surprised he ejects the conversation with so little attempt to explore different angles. I’ve explored a couple of those angles and asked for his opinion. Haven’t heard anything. So let me suggest a few things. First (and least important because it’s the more anally philosophical point), it’s not the case that whatever a thing is “inherently” it must always be doing or engaging in. I won’t push this point, but Greg may remember his PhD dissertation Trinity & Process (“That old thing” as he calls it) in which he argued things are inherently “dispositional” and that dispositions are of two kinds — dispositions that are invariantly (without interruption) exercised and dispositions the actual exercise of which varies contingently. But both dispositions “inhere” in the subject. Islam may be an inherently violent worldview without it being the case that every Muslim engage in violence 24/7. But I won’t press Greg on his PhD work. Secondly, let’s drop the word “inherently” altogether and reframe things in different terms so we can inquire into whether there being pacifist Muslims or Christians invalidates concerns or arguments regarding Islam’s or Christianity’s disposition for violence. How might we go about reframing the relevant question? Well, in Trinity & Process, Greg actually argues for the independent reality of “social dispositions,” that is, worldviews that operate on a socially systemic level even if perceptive individual members may opt out of particular aspects of the larger disposition. We might also ask how the relevant dispositional tendencies of religious worldviews are rooted in normative persons/founders (Jesus and Muhammad) and in the earliest formative histories. As I earlier stated, “violence” doesn’t belong to propositions or worldviews per se. It’s belongs to us as human beings. We upload our violence to our worldviews, and sometimes those worldviews (especially religious ones) solidify as social dispositions that reflect a general tendency to violence. Why is this important? For two reasons:

Exactly what does Greg expect the religious believers of the world to talk about given the global village we live in and the headlines that force their way into our conversation? True, every follower of Jesus ought to engage this conversation from a conviction about the truly revolutionary loving and life-transforming dispositional reality which the Spirit makes available in Christ. That’s Greg’s view too. But it begs the question with respect to competing worldviews in the religious marketplace, and to refuse to engage conversation about the relative success of competing worldviews on a question as important as religious violence seems uncharacteristic of Greg. Or to reduce all relevant questions to the “individual” perspective and not engage the larger social dispositional influences at play? Same thing. And so, thirdly, I’d like to encourage Greg not to dismiss the question “Is Islam inherently violent?” on a technicality (viz., the strict meaning of the word “inhere”). Why not engage a better more relevant version of it?

And the parallel question put to Christians is not the one implied in Greg’s earlier peice, namely, “Can ‘Christendom’ transform violent human beings on a vast scale?” We know the disappointing answer to that. Rather, the question he should ask is:

To reiterate something I said earlier (forgive me), no faith/worldview is utterly void of resources to address violence on some scale. All faiths say something about being benevolent and non-violent. Some worldviews have more redemptive power than others. Some religious worldviews may define their value and vision in terms of addressing violence more absolutely. Greg believes the Christian worldview (i.e., Christ’s own worldview in its normative function for followers of Jesus) is “violence-free” in this sense. It perfectly expresses/embodies the absolutely non-violent Kingdom of God within our fallen world. So let me repeat my questions for Greg:

I suggest that to the extent it fails at this (and I’m not saying it fails absolutely), Islam is “dispositionally inclined” (if you don’t want to say “inherently”) to violence, that is, it allows the violence in us to express itself without contradiction to Islam. Conversely,