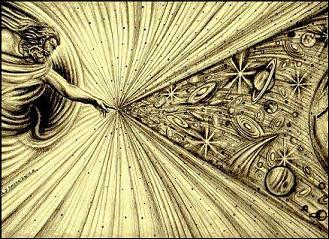 On to some thoughts in response to the idea that the created order may in fact be eternal (never “having come to be”) and yet be metaphysically contingent.

First (and my thanks to Alan Rhoda for helping clarify this point for me), there are different types of modality, and thus different types of modal contingency. While some philosophers conflate “logical” and “metaphysical” contingency, this is arguably a mistake. Logical modality is constrained only by internal consistency, whereas metaphysical modality is also constrained by what exists. Metaphysical possibility, arguably, doesn’t follow from logical consistency.

Second, and more to my Orthodox friends, consider Athanasius’ debate with Arius. When the Church anathematizes one who says of the Son “there was a time when he was not,” is this not said in recognition of a fundamental distinction between divine being as uncreated and thus without beginning (i.e., there was not a time when he was not) and human being as created and thus having begun (i.e., there was a time when created things were not)? Does not Orthodoxy assume in the logic by which it condemned Arius a fundamental difference between uncreated and created being with respect to “having not come into being” and “having come into being”?

Third, as all know, Plato himself, and then Neo-Platonism with Plotinus (the philosophical context of early Christianity) held the world to be (a) eternal and (b) ontologically dependent upon the God. But the Church objected to this understanding of things in refining its understanding of CEN. But what’s the point of positing CEN if it’s construed as compatible with the eternity of a world that is ontologically dependent upon God? Pagan Neo-Platonists granted that much themselves. So what were Christians objecting to in rejecting this pagan view and positing CEN as an alternative? It doesn’t seem to me that positing CEN in terms of an eternal world which is dependent upon God is adding anything unique by way of critique or modification of pagan Neo-Platonism. But this is a problem since we know Christians believed that in arguing CEN they were offering a view of creation contradictory to that of Neo-Platonism.

Fourth, supposing that the world has always existed (a) implies an infinitely temporal past, for creation itself is irreducibly temporal, and more concerning, an eternal material order would (for Christians) (b) remain subject to, and grounded in, God-given teleology. This would (c) land Orthodoxy in the same mess as Process theists, namely, supposing that the present state of creation is preceded by a temporally infinite teleological failure, having tended naturally forever toward fulfillment in God without having reached its goal. If protology entails eschatology, a protology that posits an everlasting history of teleological becoming that has failed to reach its end is fatal to Christian hope.

Fifth, does anyone know the present status of the authority of the Condemnations of 1210-1277? Not that Protestants or Orthodox are subject to them, and it seems they lack final Papal endorsement, but it would be interesting to know what other Christian believers make of the arguments. Medieval theologians debated the eternity of the world, among other things. In the 13th century, in an attempt to fix a distinction between Aristotle and Christian faith regarding the implications of CEN for the nature of creation, the Catholic church (via the University of Paris and certain local ecclesiastical powers) condemned certain propositions relative to Aristotle’s influence upon Christian theology, including the claim that “that the world is eternal.”

Brief comments, I know; and without full arguments for each claim along the way. But I hoped a shorter statement would help me crystallize the issues, and the questions, for myself.

5 comments on “To begin or not to begin, that is the question—Part 2”