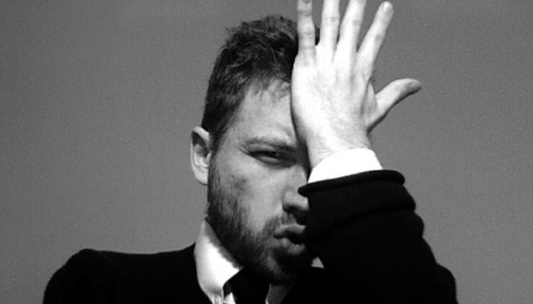 I need to follow up on my previous clarification of Chalcedon. In that post I responded to TC Moore’s use of a 2012 blog post by Robin Phillips in which Robin expressed his reasons for leaving Calvinism in terms of problems he believed Calvinists have affirming the synergy of divine and human wills (entailed in the Sixth Ecumenical Council). Robin unpacks this in relationship to comments of Calvinist R. C. Sproul. But none of Robin’s criticisms of Sproul apply to Dwayne and me. TC remains unconvinced however, and insists that Dwayne and I are every bit as guilty as Robin believed R. C. Sproul was of denying the Sixth Ecumenical Council’s conclusion regarding Christ’s ‘two wills’, and more importantly (and very strangely), of denying the—hold on folks—passibilism of the divine nature which TC believes is established by the Sixth Ecumenical Council as well as by other Orthodox Fathers (like Maximus and Cyril of Alexandria).

In his latest post on this, TC returns to accusing Dwayne and me of Nestorianism because we limit the sufferings of the person of the Son to his human nature. He supposes this to be a resurrected version of Nestorius’ heresy. In addition, Dwayne and I “lust for the exotic faith of the Eastern church,” a lust which has “degenerated into self-righteous doctrinal certitude” and an “arrogance that has left [us] blind to [our] radically unfaithful views of Jesus’s life and work.” In the end, the God we worship is no longer “God” but merely “[our] god.” Previously, TC has described us as “returning to the classical theism of tradition the way a dog returns to its vomit,” having been “re-infected by the virus” (of classical theism) and of “attempting to infect others.”

We’ve addressed all this before and the ridiculous nature of TC’s accusations are on record. If you doubt our Christology on these points, ask any Orthodox. TC simply is not interested in understanding what we believe or why we believe it and how we distinguish ourselves from “classical” theism. He just knows that Dwayne and I don’t agree that God is ad intra rent asunder and reduced to agony by the sufferings of the Cross and that this must mean (a) we are no longer admissibly ‘open theists’ and (b) we are Nestorian heretics because holds the Son to have suffered only in his humanity and not in his divinity. (Hint: Even Cyril and the entire assembly of bishops at 431 AD who condemned Nestorius all agreed Christ suffered in his humane nature and not in his divine nature.)

I wish I was making this up. TC understands Orthodox Christology so poorly he’s essentially written himself out of the conversation. In believing in God’s essential abiding, undiminished beatitude we have abandoned “open theism” and embraced “classical theism.” But if he thinks Dwayne and I are classical theists, then he doesn’t understand classical theism. In the end, I don’t think TC can be taken seriously in this conversation at all. For conscientious thinkers who are interested, Dwayne and I have never suggested that Jesus’ sufferings are merely his human nature suffering independently of his person. Of course the ‘person’ of the eternal Logos suffers on the Cross. I can only guess that for TC that this ‘person’ suffers must mean both ‘natures’ suffer since both ‘natures’ are united in the one ‘person’, i.e., whatever the ‘person’ suffers, both ‘natures’ suffer. But while it’s true that no ‘person’ suffers apart from ‘nature’, and no ‘nature’ suffers apart from its ‘person’, it doesn’t follow that a person with two natures cannot have experiences unique to a single of his natures.

As for the Sixth Ecumenical Council and Maximus (which Robin draws on), does TC really believe that the Orthodox gathered at these councils were passibilists with respect to the divine nature? Does TC think Maximus believed the divine ‘nature’ suffers? One can disagree with the Orthodox positions, sure. But at least state them accurately. Synergy of wills? Of course, yes. But attributing to the divine nature the sufferings of the human nature because both natures are the natures of a single person? Neither the Sixth Ecumenical Council nor Maximus, nor any Orthodox Father does that.

NB This will be our final response of any kind to TC on any subject. We have a history with TC and have been friends. For that reason, as well as wanting to clarify for interested readers the orthodoxy of our position on this, I’ve posted these comments. But this will bring our engagement with TC here to an end.