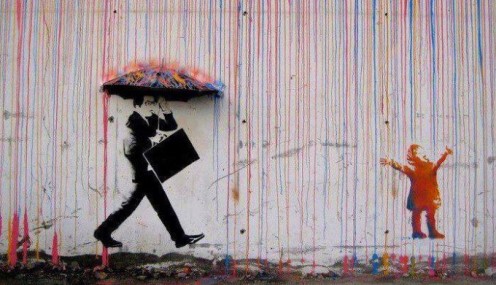 Sometimes questions arise that enable us to see the meaning of theological claims with practical clarity. I’ve always sought to pursue this practical-existential side of things, believing that the meaning of our claims is, in the end, just the difference they make to how we appropriate their truth in all the transforming ways that we give the name “salvation” to. It was this level of appropriation or integration which, if I’m not mistaken, most informed the early Christological debates that produced the Nicene and following ecumenical expressions of faith. How does this or that theological claim explain, inform, and empower the particular experience of worship and personal transformation in Christ which the early generations of believers gave the name ‘the Faith’ to? This is at least one level, an existential stage, upon which we can put theological claims to the test.

Greg Boyd earlier asked me in the comments section of a recent post, what I made of of 1Cor 5:21 (God made him who knew no sin to “be sin” for us) and Gal 3.13 (Christ “became our curse”). Greg takes these as evidence of a particular understanding of what actually happens on the Cross and how Christ’s sufferings do the saving work of freeing and transforming us. As Greg sees it, Jesus has to experience the “death consequences” of our sinful choices (which consequences are the despair of godforsakenness). These consequences must be experienced because they’re “intrinsic” to the sinful choices we make. But it makes little sense to say that experiencing the existential despair of godforsakenness is “intrinsic” to my choices and then argue that someone other than me can experience those consequences on my behalf.

On the contrary, if the consequence of existential despair is “intrinsic” to one’s choices (and I agree it is), it has to be experienced by the subject of those choices, not an innocent, scapegoated subject. This is where Greg’s view of atonement shows the essential penal weave to the fabric of its logic. Against this logic it should be acknowledged that those who sin already know the despair their choices result in, for no choosing of one’s way through life outside one’s truest identity in Christ is going to result in anything but despair. So the consequences that are intrinsic to our choices are invariably experienced – by us who make those choices. As Kierkegaard said, “The most common form of despair is not being who you are” (in Christ). One is saved, then, from the “death consequences” of their sinful choices by making different choices, but there’s no saving merit in someone who knows who he truly is (i.e., Christ) suffering the despair of being confused about who he is, as if that’s going to restore us who don’t know who we are to our true identity in Christ. On the contrary, Christ shows us who we are by enjoying who he is on the inside of the pain, rejection, and violence that we fabricate false identities in other to deal with. Christ saves us from the despair of not knowing who we are as loved by God in a fallen world by himself becoming who we are meant to be, loved by God, in that world. That – not the tragic passibilism of a shattered divine consciousness – unlocks the door.

As I earlier suggested, Christ’s “being made sin by God” (1Cor 5.21) can hardly be thought to represent any transformation of God the Son into sin substantially, since sin is not a quantifiable ‘stuff’ that can move from the guilty to the innocent. We ought to understand this, rather, as Christ’s having stepped into our scapegoating violence. Christ is “made sin by God” in the sense that God turns Jesus over to the violent, scapegoating mechanisms in which we identify the innocent victim with our sin. Gal 3.13 makes the same claim. Christ’s “becoming a curse” for us is equivalent to Christ’s being treated by us in all the ways we identify with having been cursed by God.

What’s this have to do with the practical-existential challenge of integrating particular beliefs and models into our lives in transforming and saving ways? Some (Greg included, as he’s made clear) struggle with integrating into their lives in saving and transforming ways any vision of God that doesn’t have God giving up his happiness (beatitude) by identifying with our particular despair. 1Cor 5 and Gal 3 represent for Greg the Pauline perspective on the divine abandonment to godforsakenness that frees and heals us. But as I’ve been laying out in this and other recent posts, the logic doesn’t work.

How might this older, more traditional understanding of the Cross be appropriated practically-existentially? The short version is – we’re saved from sin and death by God’s life manifest in resurrection and from despair by God’ abiding beatitude. I can only describe it in terms of being on one side and then the other of the truth of our created finitude, testified to consistently by the experience of generations of Christian believers and ascetics.

First – stepping into the Void on its created side as embracing the truth of finitude. There’s no final perfection of our happiness and truest identity that is not cognizant of the truth that we are created, and that the truth of being created is the truth of finitude, of our nothingness apart from God’s gracious creative act. We are painted into being. And this is experienced on the front end as an experience of the Void. Apart from an experience of our created finitude in terms of the Void, we can only continue attempting to establish a meaning and significance for ourselves that is over-and-against God and not a participation of finitude in the undiminished infinite beauty, goodness, and truth that God is. If we balk and complain about being nothing and want our existential healing to be purchased at the expense of God’s own existential fullness and not convertible with that fullness, we are only refusing to come to terms with the truth of our finitude.

Second – stepping through the Void on its divine side as participating in God’s life. The first step through the void of one’s finitude and nothingness into personal existence on the other side is a step into a life of participation. When you no longer view your existence as a product of your own, you also realize you can’t view your own meaning and significance as your own accomplishment. You see, too, that meaning and value are, like being itself, God-given, and enjoyed through participation in God’s life, and you’re OK with this. In fact, you celebrate it because it opens up vistas of existential fullness.

If the first existential moment is “I am nothing,” the second is “I, not I, but Christ am everything.” Here “I, not I, but Christ” (having become a single, indivisible substantive) replaces “I.” There is no longer any “I” that can be spoken without speaking “Christ.” Descartes’ “I” doesn’t survive the Void. It gets crushed under the weight of creation contemplated independently, seeking first to establish itself as free, and only then to relate itself to God.

God is the only value, meaning, and personal identity on the other side of the Void. The diversity of created values and beauties exists, truly exists, as participations in God, the highest value and truest good. What do I mean by participation? I mean the asymmetrical relational unity of the true ‘Cry’ (not that of abandonment, but that of Sonship: Rom 8.15). We are given, via the Spirit, the Son’s very own cry of filial identity: “Abba, Father.” Because one is ‘given’ it and possesses it as a son/daughter “in the Son,” one participates in it. This is where one experiences – not studies, not agrees to the truth of, but becomes an embodiment of “all things are ‘from’ and ‘through’ and ‘to’ God” (Rom 11.36). The flip side of this truth is that God is ‘from’ and ‘through’ and ‘to’ nothing.

The bad news is there is no “cross” on the divine side of the Void, within the fullness of the divine life that becomes our life – no scapegoating violence manufacturing even a moment of negation within its infinitude, no privation of the true, the good and the beautiful, no falsifying abandonment or forsakenness to darken the divine consciousness. There is most certainly a kenotic giving-and-receiving of all one is to the other, but this is God’s delight and beatitude. The good news is that this is true in the darkest of circumstances and upon every cross.

3 comments on “Saved by joy”