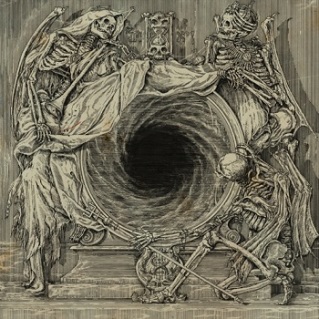 In his opening to “The Devil’s March,” David Hart paints a grim picture of the world and our existence in it. “All the things about the world that enchant us,” he urges, “are at best tiny flickers of light amid a limitless darkness,” a darkness filled with the torments of disease, the blood of the innocent, war, conquests, enslavements – the list goes on. “Everything we love vanishes,” he laments, “and so do we.” If God does exist, and if we do owe him our gratitude for the gift of being, Hart cautions, “this is no obvious truth of reason, but a truth more mysterious than almost any other.” Our knowledge, left to its natural limitations, “instructs us principally that we owe God nothing at all, but that really we should probably regard him with feelings situated somewhere along the continuum between resigned resentment and vehement hatred.”

Surprisingly, the first words that follow this portrait are “And yet Christians must…believe in the goodness of all being.” But Hart is in no hurry to get there and neither should we be. We reduce faith to facile and glib sentimentality if we don’t truly experience the Void and allow it to deconstruct and dismember us, but few of us are that patient. One has to face the nothingness of existence in all its finitude and the violence that Hart rehearses. Whatever essential goodness there is to the world, it cannot be discerned by cordoning off this or that particular good from the world’s pain so that the voice of suffering isn’t heard. After all, if we have to “shout down” evil, we affirm no essential good. The only good worth having is a good that is as immanent within the whole of a suffering world as it is transcendent of the world, and that means affirming the good in full view of the world’s evil. But most treatments of the problem of evil resolve themselves miles before they get to this place.

Here is that following portion of Hart’s piece that affirms the goodness of existence. I’ll meet you on the other side with a few reflections in fear and trembling.

And yet Christians must, of course, believe in the goodness of all being, with a certitude that even the most sanguine Platonist could not match, because they are committed to the doctrine that all things are created from nothingness by a God of infinite power, wisdom, and benevolence. And so certain affirmations—metaphysical, moral, and narrative—prove inevitable for any coherent Christian reflection on the problem of evil, not only to answer the question of evil’s origin, but also to defend the innocence of God against the evidences of finite experience. One of these affirmations is that evil possess no proper substance or nature of its own, that it exists only as a privation boni, that though it is real—exorbitantly and ubiquitously real—it is so only in the way that cancer is real: as a corruption and perversion of something that in its own proper nature is essentially good. Thus we may say that, in a purely metaphysical sense, God is implicated neither as substance nor as direct cause in the existence or effects of evil. Another equally indispensable claim is that evil possesses a history, one composed entirely of contingencies and compromising both a first and a last moment. Thus we may say that evil, in all its cosmic scope, is still only an episode, with no share in God’s eternity. Another is that the proximate cause of sin lies in the mysterious difference between rational creatures’ natural wills (which necessarily seek the one Good in which all things have their true beginning and end), and their deliberative wills (which, under the transcendental canopy of the Good, can nevertheless be diverted toward lesser goods and false ends). Thus we may say that evil is the creature of our choices, not of God’s creative will. Yet another is that the moral apostasy of rational beings from the proper love of God is somehow the reason for the reign of death and suffering in the cosmos, that human beings—constituting what Maximus the Confessor called the priestly “methorios” (the boundary or frontier) between the physical and the spiritual realms—severed the bond between God’s eternity and cosmic time when they fell. Thus we may say, as fantastic as it seems—as fantastic as it truly is when reduced to fundamentalist literalism regarding the myth of Eden—that all suffering, sadness, and death, however deeply woven into the fabric of earthly existence, is the consequence of the depravities of rational creatures, not God’s intentions. Not that we can locate the time, the place, or the conditions of that event. That ours is a fallen world is not a truth demonstrable to those who do not believe; Christians can see it only within the story of Christ, in the light cast back from his saving action in history upon the whole of time. The fall of rational creation and the conquest of the cosmos by death is something that appears to us nowhere within the course of nature or history; it comes from before and beyond both. We cannot search it out within the closed totality of the damaged world because it belongs to another frame of time, another kind of time, one more real than the time of death—perhaps the divine or angelic aeon beyond the corruptible sub-sidereal world of chronos, or perhaps the Dreamtime or the supercelestial realm of the pure forms or the Origenist heaven of the primordial intelligences, or what have you.

In any event, this (or something roughly like it) is the story that orthodox Christianity tells, and it can tell no other. From the outset, Christian doctrine denies that suffering, death, and evil in themselves, have any ultimate value or spiritual meaning at all. They are cosmic contingencies, ontological shadows, intrinsically devoid of substance or purpose, however much God may, under the conditions of a fallen order, make them the occasion for accomplishing his good ends. It may seem a fabulous claim that we exist in the long grim aftermath of a primaeval catastrophe—that this is a broken and wounded world, that cosmic time is a phantom of true time, that we live in an umbratile interval between creation in its fullness and the nothingness from which it was called, and that the universe languishes in bondage to the “power” and “principalities” of this age, which never cease in their enmity toward the kingdom of God—but it is not a claim that Christians are free to surrender. 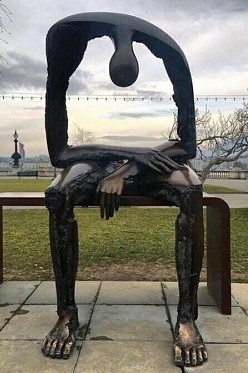 I’m working through two issues/questions here. The first has to do with how we bring together the world’s beauties and its evils into the kind of broad assessment we make about the ultimate meaning of existence. The second has to do with the intrinsic evil of death and mortality.

In the first case, Hart argues that our experience of the world’s evil and suffering leads naturally to the existential void he describes in Part 1. Christians, however, believe the world to be good “because [we] are committed to the doctrine that all things are created from nothingness by a God of infinite power, wisdom, and benevolence.”

Might we be falsely defaulting in our valuations of the world to a preference for evil? By this I mean the way we reason that since the world is a world in which innocent children are abused and trafficked as sexual slaves, the beauty and goodness of a child’s loving prayer, or some some very great shared beauty or good, or, to pick a couple of Hart’s favorites, Bach’s final fugue or Bruckner’s Eighth Symphony, are all swept out to sea by the force of evil – the idea being that whatever beauties there are, they can’t abide the presence of evil. I’m wondering why this is so. Why do we tend to reason that ‘this’ beauty is reduced to the meaninglessness of ‘that’ evil. Why must our aesthetic valuations run in that direction? In this instance, evil is so consuming that we (unintentionally) settle for the belief that evil is the substantial reality and love is the privation, as if by some default of logic evil becomes the gate-keeper for our evaluations of experience and history. Evil gets to say what beauty and goodness are, or whether they are. Hart doesn’t believe this of course, but it seems to me that in his opening call to sobriety, goodness and love are relativized by evil in the world.

I don’t mean to sneak in a conviction of faith into the conversation as the basis for questioning the way love and goodness in the world are related to evil in our valuations. On the contrary, I mean simply to observe the nature of aesthetic experience per se. Why should the many obvious acts of loving kindness and creative beauties that litter the world not be the final arbiter of our overall response to its evils? I’m not sure exactly how to answer this question myself, except to say that the a priori transcendental shape to all our experience prevents the sort of rise to preference which evil seems to enjoy in treatments of the problem of evil. There is a problem of evil, yes. But there is also the problem of beauty and goodness; and the latter defines, even makes possible, the former. That we approach all our experience of the world within a prior transcendental framework of truth, beauty and goodness is what makes possible our viewing evil and suffering as something objectionable. Our affirmation of beauty, truth, and goodness – apart from any developed doctrines – forces itself upon us. I’m suggesting that its force is categorically greater than the world’s evils, for no objection to the evils Hart describes is even possible apart from the prior transcendental orientation of all experience as essentially good, true, and beautiful. These are the measure of evil; they say what evil is, or that it is, and they shape the conclusions we come to regarding the ultimate meaning of the world.

Secondly, I struggle with the notion that mortality is an evil that has perverted the goodness of creation through a primeval catastrophe occurring outside the history of this world, in the unsearchable foundations of its coming to be. Let me suggest something less other worldly: humankind was created mortal by God – from the get-go. This world, its material becoming, and us in it, were created subject to the decay and entropy by which the earth absorbs the energy of the sun and seeds die to give us vegetation, etc. Mortality isn’t itself a privation.

Why do I suppose this? For the rather simple reason that there is (for us) no coming into the fullness of being which is not a coming into to the truth of being, and part of our truth is our absolute contingency, gratuity, and dependency upon God. This entails, of necessity, embracing the truth of the nothingness out of which God calls us into being. This is a truth we cannot comprehend apart from an experience of mortality. Mortality is the possibility of our relating the truth of our finitude to the immortal God, and this is the truth we must come to terms with en route to fully participating in the grace of eternal life. So to the extent it is true that we are nothing in ourselves – mortality is a grace, however temporary a mode of being it was meant to be. Mortality becomes death “the enemy,” when we choose to misrelate despairingly to our finitude and to respond to it by turning our attention and energies to securing a meaningful existence this side of the Void.